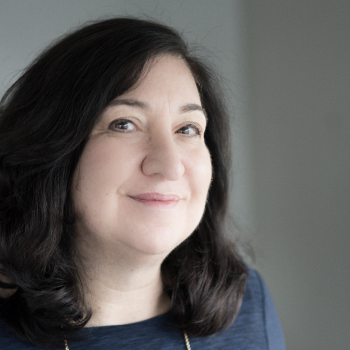 Anna joined Mersana in March 2015, bringing a substantial track record of executive leadership and business experience in the biotech industry. Prior to Mersana, Anna was President of Millennium, where she led Takeda Pharmaceutical Co.’s $1.3 billion oncology business. Anna also served as the Executive Vice President of Global Business Development for Takeda Pharmaceuticals where she oversaw global acquisitions, partnering, licensing, and venture investing. In this role, she led Takeda’s $12 billion acquisition of Nycomed, a critical step in the company’s globalization. Anna was a member of Takeda’s executive committee and was elected a corporate officer in 2011.

Earlier in her career, Anna served as an executive officer at Millennium Pharmaceuticals and served in various senior leadership positions, playing an integral role in the company’s transformation from a genomics start-up to a fully integrated oncology leader. She was instrumental in the sale of Millennium to Takeda for $8.8 billion. Anna also served on the board of directors of Ariad Pharmaceuticals from May 2015 to February 2017, when it was sold to Takeda for $5.2 billion; the board of Bioverativ from January 2017 to January 2018, when it was sold to Sanofi for $11.6 billion; and the board of Dicerna Pharmaceuticals from January 2019 to June 2021.

Anna earned her B.S. in Science and Engineering from Princeton University, M.S. in Chemical Engineering practice from the Massachusetts Institute of Technology and M.B.A. from Stanford Graduate School of Business.